Can positivity get toxic, really?

Positivity is great and all but toxic positivity ignores the fact that a person is suffering. It is saying “be positive, be grateful, other people have it worse” when someone is in pain. It says to pretend to be okay when someone clearly isn’t. It masks the problem.

You’ll get over it!

Look on the bright side!

It could be worse!

Everything happens for a reason!

Stop being so negative!

These are some examples, out of many, of toxic positivity. And I’m sure you have used one of these phrases, or something like it, before. I for sure have. Saying it to yourself might help to cheer you up but saying it to another person can be harmful. It can even be harmful to you if you’re burying your problem. An analogy I used to explain this was like taking painkillers for a malignant tumour that’s causing pain without actually dealing with the tumour; it’s only going to get worse.

I have been at fault of toxic positivity multiple times, like many people, maybe even on this blog, because as a society, we don’t address mental health well. We weren’t really taught how to encounter mental health issues in a proper way and we’re told be happy, be positive constantly. But it needs to stop.

I either read about this or heard it in a podcast, but I came to understand negative emotions aren’t bad. Anger isn’t bad. Envy isn’t bad. Sadness isn’t bad. We divide emotions up into good and bad; happiness is good, sadness is bad; we’re taught to suppress and avoid the bad ones. But we have the ability to experience these emotions for a reason! They’re not there for no reason! Toxic positivity sees these emotions as bad. In fact, personally, I believe no emotion is bad at all. We need to embrace them and channel them in a healthy way. A clinical psychologist, Dr Jaime Zuckerman, says, “Avoidance or suppression of emotional discomfort leads to increased anxiety, depression, and overall worsening of mental health.”

So how do we be non-toxic positive? 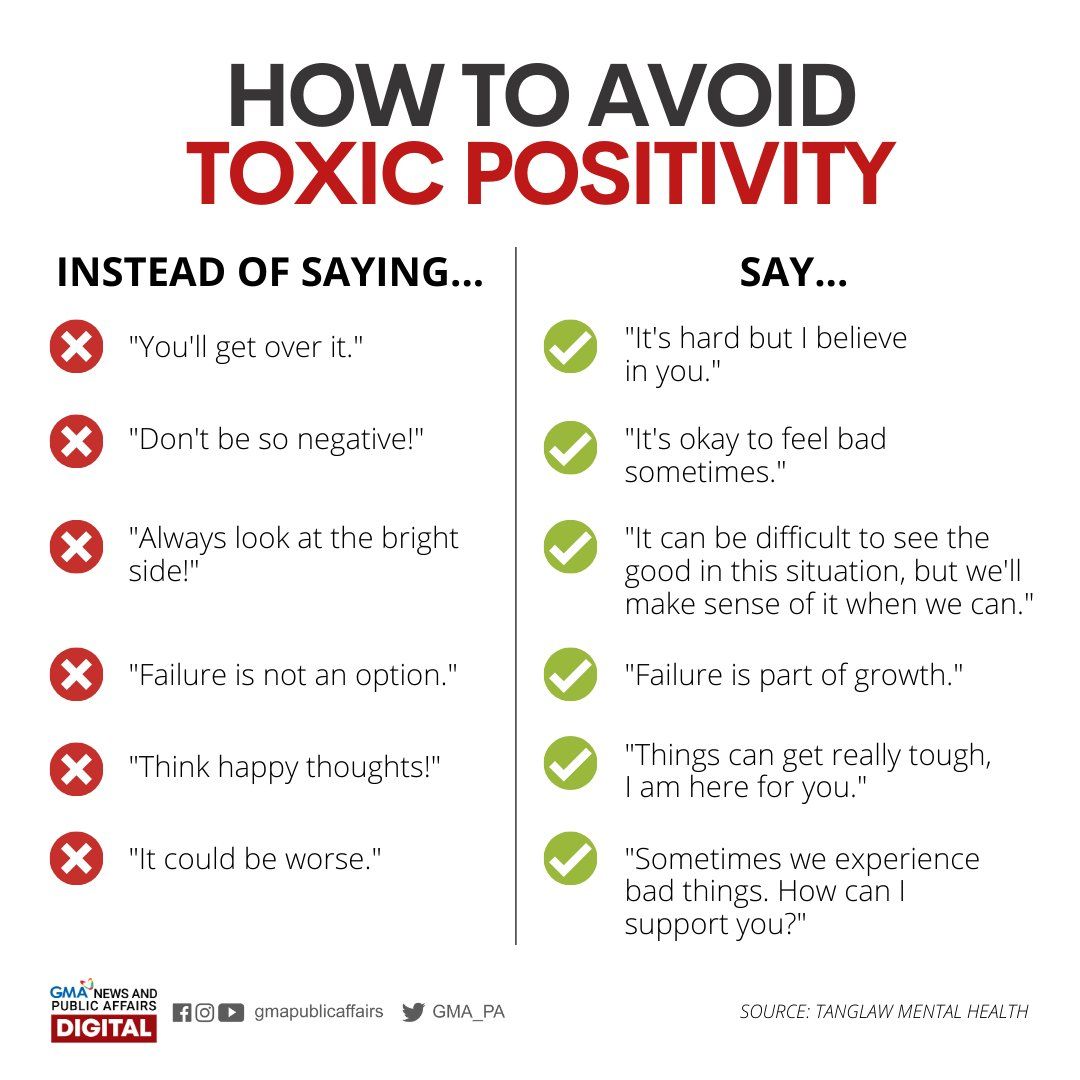 I hope this helped to make you familiar with what toxic positivity is and why it is bad.

2 thoughts on “Can Positivity Be Toxic?”